Fresh Off The Boat

While Lucho and I are in Malaysia we are raising money for Big City Mountaineers an organization committed to getting teens from urban areas into the wilderness. Lucho and I are both huge believers in the transformational power of nature. Please CLICK HERE to donate! It's tax deductible! 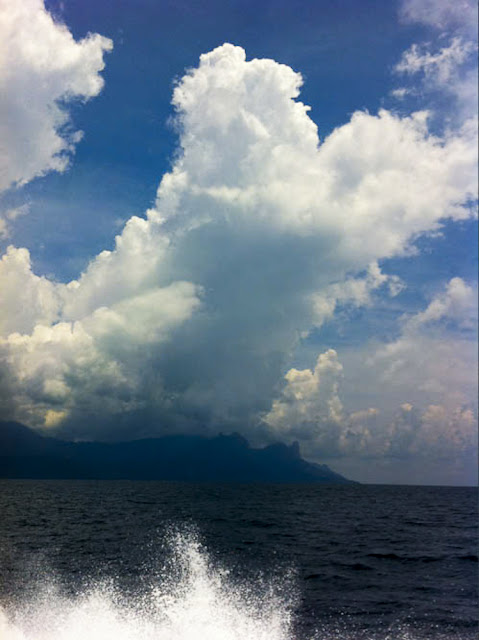 Wow, what a whirlwind! Only four days after leaving the states Lucho and I have managed to summit the unclimbed higher but smaller Dragons horn on Tioman Island here in Malaysia. By sheers luck we have managed a summit on our first full day in Malaysia! One of the cruxes of the route was the approach. Basically everything in the jungle has thorns on it, but somehow I had not heard about the humming bird sized wasps. I can now attest that their bites are EXTREMELY PAINFUL! I was attacked by several of them right as we neared the base of the climb. I still have huge red itchy painful welts to prove it. 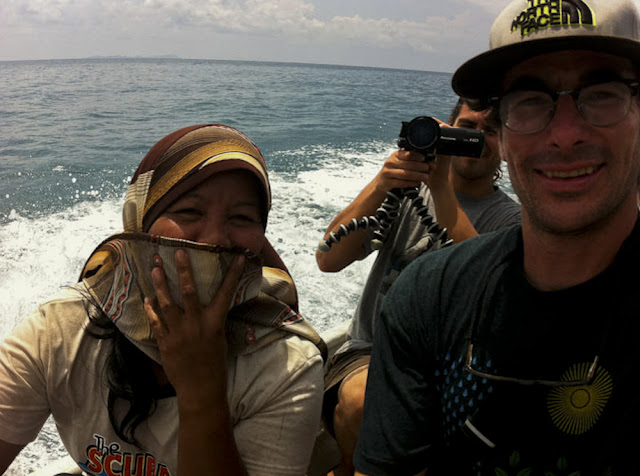 The climbing itself was great…. The rock here on Tioman is impeccable granite with wild water pockets and runnels. And the location on an island overlooking the South China Sea is nothing short of surreal. I’d been craving some adventure the last couple months, and now I was getting a full serving! Pretty much all seven pitches of the route were dangerous, and beautiful, with big runouts on high quality granite, in a plum line for the summit! It rained twice on the route, but right when we would consider bailing the rain would subside. It was a bit like the mountain was toying with us, but in the end welcoming our presence. 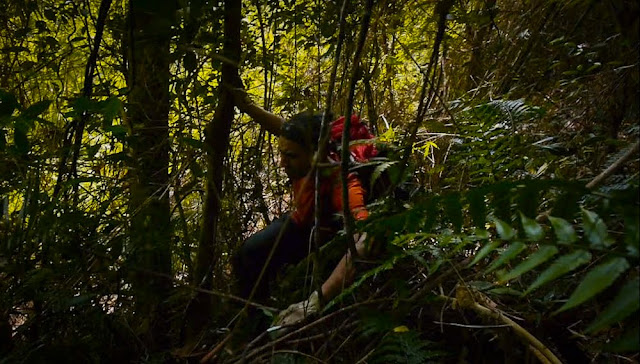 We topped out at sunset and bushwacked to the true summit. It felt magical to know we were the first humans to be at this perch on one of the highest points in Malaysia! Thankfully the vegetation on top of the Dragons Horn represented a whole different ecosystem, and lacked the thorns of the jungle below. I kept a weary eye out for wasps as I climbed a tree to the highpoint and got a never to forgotten view! We Bivied in the bushes at the summit for a couple of hours, in a bed of photo-luminescent leaves! GLOW IN THE DARK LEAVES!!! 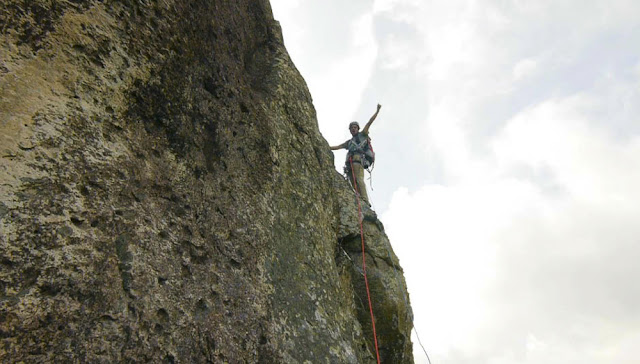 We initially planned to wait until morning to descend, to avoid rappelling and thrashing through the jungle at night, but when the thunder and the lightning woke us up, we decided it was better to begin our descent before things turned wet and epic. Lucho was gripped about the rappels (always the most dangerous part of a climb) but all I could think about was the wasps waiting below. 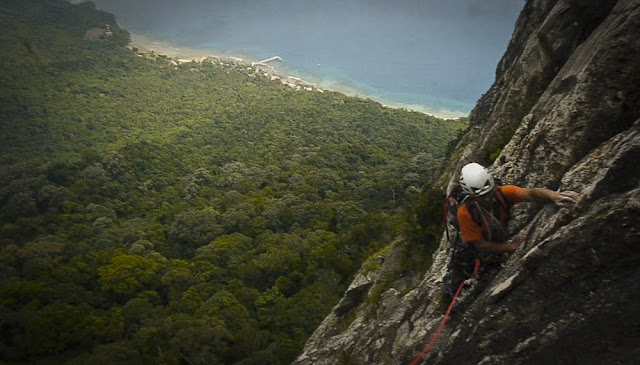 Eight hundred feet of rappelling later we reached the base at first light. It turned out that we were wise to descend when we did, because we spent much of the walk out in a surprisingly violent rainstorm. Now we are worked and satisfied hanging out in the small charming fishing village Mukut, which lies below the horns. Were enjoying the amazing Malaysian food and good mellow island vibes of the locals. 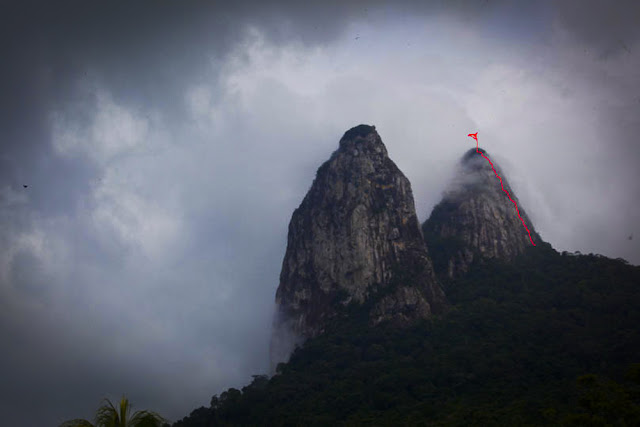 With three more weeks here in Malaysia, Lucho and I are now going to turn our efforts to a new route on the larger Dragons horn... I’m guessing it will be adventurous! We rated our new route on the Unclimbed Dragon’s Horn 5.10X. It’s about a thousand feet of Jungle to the base, eight hundred feet of climbing and three hundred feet of bushwacking to the summit. You should come and do it! Just watch out for the wasps.
Posted by Cedar Wright at 7:27 AM 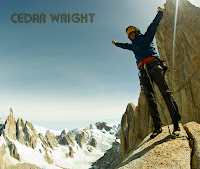